Does anyone else feel like the last couple months have just flown by?? I can’t believe it’s already Thanksgiving, I swear I meant to post a new recipe well before now! Somehow the last 6 weeks or so have just gone by in the blink of an eye, and October seems to have gone by without a trace. I think I have three posts somewhat started, all of which will eventually show up. Hopefully sooner than later, too. And I promise they’ll be delicious: carrot ginger soup, cauliflower chickpea curry, and mustard rosemary chicken. For now, though, I’ll start with this one: homemade pizza, with my (really my dad’s) cheat to have it rise quickly. Quick side note about the title of this one…I fall asleep on the couch while we’re watching tv all the time. When the bf and I started dating, I would often wake up mid sentence (or full on conversation), so I was convinced I was awake for the whole thing but only actually became aware of it halfway through. He was always so confused, and used to get so frustrated with me because he didn’t realize I was asleep. And then he found out I actually talk in my sleep sometimes. I sat up in the middle of the night, and said ‘pizza, pizza, I’m hungry!’ before tossing myself back down and sleeping quietly again. So now, it’s one of those inside jokes that we say to each other regularly, and it makes us giggle every time. Anyway. Back to the food. This is the pizza I grew up eating. It’s Gemelli Pizza Margherita from Maggie Glezer’s ‘Artisan Baking Across America‘. Almost every week, we got to enjoy this fabulously crusty dough, with deliciously puffy crusts, topped with all kinds of goodness. This is not your thin crust, crunchy style pizza. I love that too, don’t get me wrong, but when I make it from scratch, this is what I want. As I got older, I became the pizza girl, and it was often my task to make the dough for dinner.

When I can, I actually follow the recipe, which calls for 6 hours of rest time. That said, I’m lazy and don’t plan ahead all that well, which means I usually don’t end up with the option of waiting 6 hours for dough to rise if I want to eat dinner at a rational hour. So instead, this is my hack, as learned from dad. And I promise you it’s delicious! The original is delicious, and I’ll note the differences below. But to be honest, why am I going to take 6 hours to make something that I can have delicious in 2? And yes, it’s lazy and impatient of me, but really it’s mostly that I’m rarely on top of things enough to have planned ahead. Or I’m trying to make dinner after getting home for the day, and at that point 6 hours is far too long to wait!

Now in terms of toppings, everyone has their own preferences. My dad always made a super tasty tomato sauce full of garlic, spices, etc. My version, though, is very simple. I like to use crushed tomatoes (a canned version works just fine!), and then top that  with herbs, salt, and pepper before adding the cheese and other toppings. This shortened version of Maggie Glezer's 'Gemelli Pizza Margherita' recipe makes for a delicious, doughy crust that's easy enough for a (late) weeknight dinner, and flavorful enough to seem like you put a lot more effort into it!

*The original recipe calls for only 1/4t of yeast, and 5-6 hours of rise. If it’s a weekend and I think of it in time, I will make it that way, but like I said, I’m not usually that on top of things to make dough that far in advance! 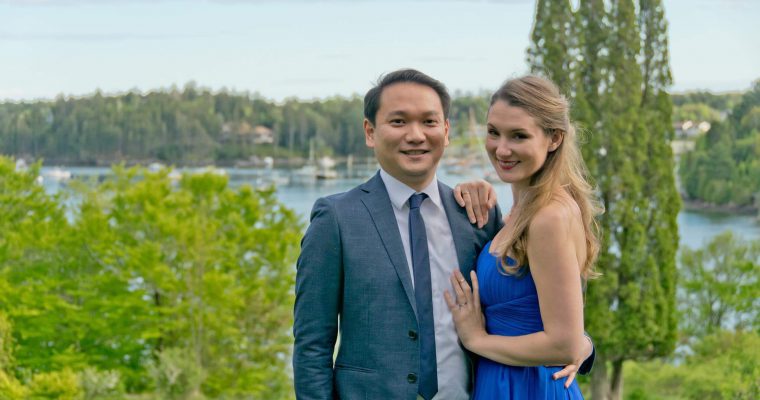 I can’t believe it’s been almost a month since I last posted something! I apologize for disappearing, I was taking the first real vacation I’ve had in at least five years, if not almost ten years. It made me realize that I need to stop waiting […] 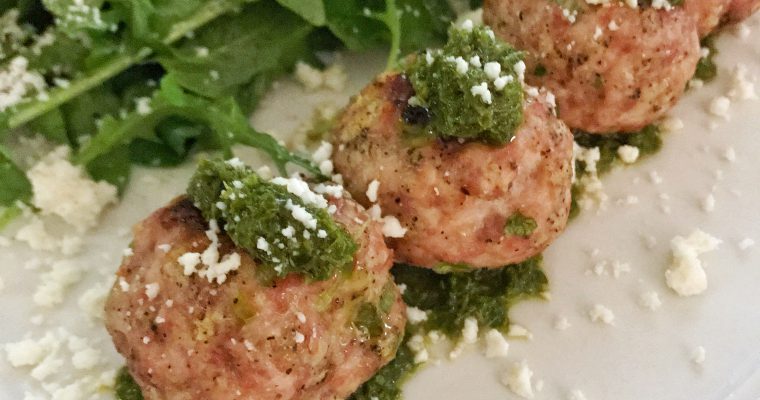 For some reason, meatballs have became a joke in our house. More specifically, demanding meatballs. A few months ago, the bf was hungry and we were both lazy and watching tv, and he told me to get up and make him meatballs. Pretty sure it […]